Believing that aesthetics and freedom of movement is a natural need, it is a center created by professionals of surgical units, especially orthopedics and plastic surgery, professionally intervening in areas where people need the most changes and corrections in their appearance.

The anterior cruciate ligament is one of the important structures that connect the bones of the knee joint. This ligament, which is crucial for the normal functioning of the knee, prevents the tibia from shifting abnormally forward. Injury usually occurs during a sudden rolling motion on the fixed foot. 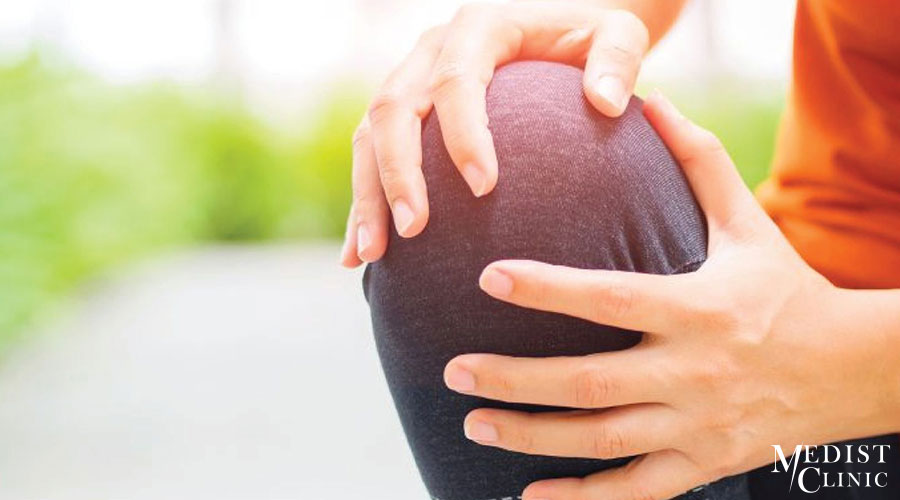 X-rays should be obtained in all patients with severe knee injury and it should be investigated whether there are fractures in the bones. Radiographs are usually normal in anterior cruciate ligament injuries. Magnetic resonance imaging has an accuracy rate of over 90% in the diagnosis of anterior cruciate ligament ruptures. In addition, accompanying meniscus, lateral ligament and cartilage injuries and bone edema can be diagnosed. However, in rare cases, MRI can be misleading, even though the ligament is injured in such a way that it does not function, the continuity of the ligament may be preserved in MRI. Therefore, MRI is not the only determinant when deciding on treatment, examination and history findings should also be considered.

Surgery is the treatment of anterior cruciate ligament injuries in individuals who are young, do sports or have an active lifestyle. Surgical treatment may not be performed in patients of advanced age who do not have a high activity level, do not do sports and do not have complaints such as gap and insecurity in their daily life.

If non-surgical treatment is chosen, muscle strengthening programs are recommended to reduce the feeling of insecurity and emptiness in the knee, and protective knee pads can be used in knee-strenuous sports. However, when there is severe strain, neither of them can prevent the knee from dislocation and additional injuries to the knee can occur.

The aim of individuals with anterior cruciate ligament injury is to eliminate the feeling of space and insecurity in the knee and to obtain a knee that the person can press safely during sports or strenuous activities. Another aim is to protect the meniscus if it is not damaged during the first injury and to prevent the wear and tear that may occur in the knee in the future by repairing the repairable meniscus tears. Another aim of the surgery is to return the athletes to the sport level they were in before the injury and to prevent new injuries to the knee.

If the anterior cruciate ligament is separated by breaking a piece of bone from where it is attached, the broken bone piece is attached to its place. In this case, which is mostly seen in children, fixation can be done with screws or stitches. This procedure is mostly performed arthroscopically, in rare cases open surgery may be required. In adults, the anterior cruciate ligament is often torn by splitting the fibers in the body. The ligament in the form of a fringed tissue cannot be repaired and the ligament must be repaired with a new tissue during surgery. The tendons of the muscles around the knee are often used for ligament repair. The most commonly used tissue for this is the patellar tendon located in the anterior part of the knee and taken with a bone block at both ends. The second most common tissue is the tissues known as hamstring tendons located at the back of the knee. There is no bone block at the ends of the hamstring tendons. In some cases, tissues taken from cadavers and sterilized and made ready for use can be used. These tissues, called allografts, are usually used when more than one ligament is injured and the person's own tissues are not sufficient; It can be preferred in very young children and in cases with previous surgery and use of their own tissues. Synthetic bonds, popular in the eighties, are NOT made due to their unsuccessful results.

What are the steps of the surgery?

First, the tissue to be used in ligament repair is taken, this tissue is called graft. Later, knee arthroscopy is performed and other structures within the joint are evaluated. If there is injury to the meniscus and joint cartilage, necessary intervention is made. Then, tunnels are opened to the bones in the knee joint and the path through which the new ligament will pass is prepared. Grafts are passed through these tunnels and the appropriate tension is fixed in the bone tunnels. Metal or fusible screws, cross nails and u-shaped nails are used for this. These screws and nails that hold the tie in place can remain in the body for a lifetime as long as they do not cause any discomfort and do not need to be removed.

The operation may take between 40 minutes and 1 hour. A thin plastic hose called a drain is placed to take out the blood accumulated in the knee joint, which is usually removed during the dressing 24 hours after the operation.

Depending on the characteristics of the patient's knee, the experience and preference of the surgeon, one or two bundles of anterior cruciate ligament repair can be performed. Double bundle ligament repair can be performed to better create the original fan structure of the ligament, especially in large patients. In these patients, 4 separate tunnels are opened instead of 2 and 2 graft tissues are detected by adjusting the tension at different angles. In experimental studies, no significant difference was found in patient practices, although it was superior to a single bundle.

The duration of hospital stay after surgery may vary between 1-3 days. It is possible to stand up with crutches after the anesthesia wears off. Knee movements are started on the same day or the next day and it is aimed to be able to bend your knee up to 90 degrees. It may be necessary to protect the knee from overload by using crutches for several weeks after surgery. Full knee motion should be gained within three weeks. It takes 6 weeks for the placed graft tissue to boil to the bone tunnels. After this period, normal walking and driving is possible. It takes one year for the implanted tissue to fully mature and firm, but it is possible to start sports activities after the 5th month.

How is the success of the surgery?

Reported successful results after anterior cruciate ligament surgery in our country and around the world are between 80-90%. Sufficient success may not be achieved in 10-20% of patients due to technical problems, newly formed injuries and whether the tissue placed on the knee matures as a new ligament. Re-ligament surgery may be required in some of these.

Save your phone number, authorized friends will contact you as soon as possible.